This “floral” post, though contains some “blues”, will definitely help remove some of those Monday blues which you might be facing while going for work today (as applicable). Plants indeed teach us about resilience and never to give up as they themselves don’t..

Kinderdijk, near Rotterdam, in the South Holland province of The Netherlands.

Very close to the Modern Dutch Metropolis cum Port of Rotterdam lies the quaint and picturesque village of Kinderdijk. What’s so special about it? Let’s just say it’s related to a celebrated icon of the Netherlands in a big way – the Kinderdijk is home to the largest concentration of Windmills in the Netherlands. Some of those windmills may be several hundreds of years old. The concentration of the Windmills can be explained due to the fact that Kinderdijk is located in a podler which lies in the estuarine confluence of Noord and Lek rivers, which makes it extremely prone to floods. The area of those great windmills have been accorded with the World Heritage Site status by none other than UNESCO.

Flowers and plants always amaze me, and these beautiful purplish flowers amidst the arrays of Windmills amidst grassy wetlands, canals and podlers struck out elegantly.

As far as my understanding goes, these flowers are Lavenders (Scientific Name: Lanevdula angustifolia). Lavenders are beautiful ornamental plants native to Mediterranean Europe. Lavenders provide essential oils called lavender oils which find a plethora of uses as a relaxant in massage therapy or in bath oils, soaps, cosmetics, lotions etc. Lavenders also find use in some medicines. However, as the general safety rules go, one should not consume these plants or flowers without prior medical advice.

As per Ms. Beate Gütl (https://linienspiel.wordpress.com/), these flowers are Larkspurs. Upon searching a bit about them, the closest possible resemblance seemed to be the Coastal Larkspur (Scientific Name: Delphinium decorum). The flowers are native to the USA. The individual flowers resemble a purple star. Though they are beautiful, yet, the plants belonging to the Delphinium genus are toxic. Some varieties of larkspurs are used for making blue ink. These plants also contain alkaloids which find use in a variety of medicines. Thank you for the update.

Do you know the exact name of these flowers? Do let me know in the comments section below to help update the same.

Hope you liked these beautiful flowers welcoming the visitors to this beautiful Dutch landscape.

Plants or flowers are perhaps the symbols of resilience which nature tries to teach us. One can find plants growing in supposedly inhospitable conditions and showing beautiful flowers, as if to tell that if they can defeat their obstacles and thrive, why can’t humans with an array of resources in hand?

One can never be bored of the allure of such flowers ever.. 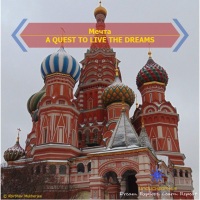