For many of us, water simply flows from a faucet, and we think little about it beyond this point of contact. We have lost a sense of respect for the wild river, for the complex workings of a wetland, for the intricate web of life that water supports.

Wetlands are ecosystems characterized by the inundation of stagnant water or meandering rivers or sea, on a seasonal or perennial basis. Wetlands are usually very fragile ecosystems and are home to thousands of species of flora and fauna which thrive on such environments, and can sometimes be endemic to that particular area. Wetlands play a significant role in influencing the climate of the surrounding areas.

A type of wetlands, categorized as Ramsar Wetlands (defined under Ramsar Convention of the United Nations) are wetlands designated to be of International importance, necessitating efforts towards their conservation.

I got an opportunity to visit a Ramsar Wetland in the estuarine belt of Madu Ganga river in Balapitiya, near Galle. It was undertaken as a part of my visit to Sri Lanka as an Indian Youth Delegation member.

Prima facie, a wetland might not be much appealing a destination to both adventure seekers and normal tourists alike, because these places usually don’t offer anything substantial adrenaline pumping adventurous hikes or cliche selfie spots.

However, that should not be a deterrent to a traveler. If one wants to appreciate the beauty of nature manifested in a medley of water and forest, then a wetland is a recommended place to be in. And who knows, one might end up learning or exploring a thing or two?

Hence, going ahead with the “Quest for the Uncliche”, let’s try and know more about the natural gem of a place called the Madu Ganga Wetlands of Sri Lanka.

The UNESCO designated Ramsar Wetlands of Madu Ganga is an estuarine area of the Madu Ganga river in Sri Lanka. It is a complex coastal ecosystem with a very high ecological and biological significance.

The Madu Ganga river in its estuary has dense mangrove forests and scattered islands, all covering about 150 acres of area. Several endemic species of plants and animals live in this fragile ecosystem.

Our trip consisted of a river safari through the wetlands and stopping by a few islands, which I shall reveal in the subsequent sections. The safari was in itself a beautiful and enriching experience altogether, with each turn full of natural beauty and the delicate balance nature maintains in this complex ecosystem.

One can reach Balapitiya (the town from where the estuary is accessible) from either Galle (50 km) or Colombo (80 km). Balapitiya is quite well connected via roads to both these two major cities in Sri Lanka.

I visited the Madu Ganga Wetlands during my visit to Sri Lanka as a Member of the Indian Youth Delegation. The Delegation’s visit lasted from December 16, 2017 to December 24, 2017.

To know more about the Indian Youth Delegation, click here.

The Madu Ganga wetlands are a paradise for wildlife conservationists, environmentalists and nature lovers who can spend a day or two here. There are a variety of species of reptiles, amphibians, butterflies, birds, fish, molluscs and primates inhabiting the estuary, the forests and the islands.

Our packed schedule was a bit of a roadblock as far as a thorough exploration of this place is concerned. Despite that, we were able to capture some breathtaking sights of sailing beneath the canopy of dense mangrove forests, sometimes even beneath their roots.

In addition to the boat excursion, we visited a peculiar island in this estuary. It’s called the Cinnamon Island.

I should say the fragrance of that place is quite worthy of it’s reputation. We were welcomed by a strong, pleasant and unmistakable smell of cinnamon upon landing in that island.

It might be noted that Sri Lanka is one of the World’s Largest producer and exporter of cinnamon. The Sri Lankan cinnamon is a globally acclaimed variant of cinnamon.

Cinnamon is a well known natural flavouring agent on account of its strong aroma. It was expensive and was considered a luxury item in ancient Greece and Eqypt, fit as an offering to Gods or the aristocrats. Cinnamon also finds it’s use in some traditional medicines as a digestive aid.

It was a unique experience to visit the Cinnamon Island and closely observe how cinnamon is cultivated, processed and made into rolls which are sold abroad, subsequently finding their way to our kitchens. Every bit of these processes, from collection of the bark to making the rolls for sale, was done manually by farmers, without involving any machinery or chemicals for any of the processes. Perhaps the hard work put forth without use of chemicals is one of the reasons why Sri Lankan cinnamon is prized globally.

We also saw the making of Cinnamon Oil in this island, which was again a manual and chemical free process. Cinnamon oil finds its use in aromatherapy. It also has anti-bacterial properties, making it effective against certain types of bacteria.

In addition to a visit to the Cinnamon Island, we also went for a fish spa where small fish (maybe Kraal) are kept in their semi-natural environment. The tourists dip their feet in water and have these fish nibble their feet. Many tourists find relaxation in this procedure. I however refrained from this activity since I don’t trust any animal (other than cats)..!!

The natural ecosystems on Planet Earth play a crucial role towards maintaining and sustaining living organisms, influencing climates and maintaining the balance of nature. Such ecosystems are no doubt very fragile, and an unsustainable exploitation of their resources can create a havoc for such environments and the Planet as a whole.

As highlighted in the quote of Sandra Postel, a renowned US based researcher, we need to understand the complicated flow of resources, food and the dependency of each creature over the others in these complex wetlands. Perhaps then, we will be able to understand the need of the species on earth and help better in conservation of the same.

As stated earlier, the Madu Ganga Estuarine Wetlands is a complex ecosystem spread out over a large area. The local people and the Government seem to be serious in keeping the area clean and devoid of unsustainable human interference. Hence, tourists should also do their bit towards the conservation of such places by not feeding animals, not littering around, eliminating the use of plastic, promoting local eco-friendly economic practices etc. A traveler interested in thoroughly exploring the area should be ready to spend a minimum of two days in this area.

Sri Lanka is blessed with a rich cultural heritage, in addition to possessing such gems of Nature. The Indian Youth Delegation gave me an opportunity to experience a few of the immense cultural and natural richness of Sri Lanka.

I shall be posting a few more articles about the same in the coming weeks. You can also go through some of my previous articles on Sri Lanka and share your comments..!! 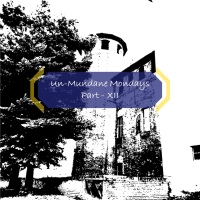 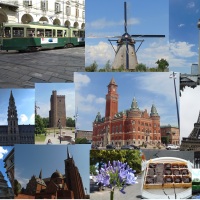 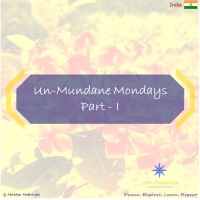 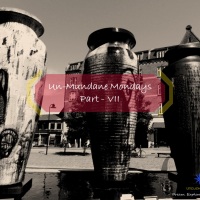