The Country needs no introduction. Bordering only India in the North and separated from India by the narrow Palk Strait, Sri Lanka is home to a rich and diverse culture, beautiful landscapes, flora and fauna, and more famously, its spectacular tropical beaches.

Sri Lanka has been inhabited since the prehistoric ages. Sri Lanka also finds mention in the Indian Epic Ramayana, as the home of Ravana. Sri Lanka is said to have been visited by Lord Buddha himself, as well as by Mahinda (son of the Indian Emperor Ashoka) for spreading Buddhism in Sri Lanka. Fast forwarding to the Modern era, Sri Lanka achieved its Independence from the British in 1948 CE and became a Republic in 1972 CE. The modern Sri Lanka is one of the Fastest Growing economies in the World.

I received an opportunity to pay a visit to Sri Lanka in December 2017, as a member of the Indian Youth Delegation, during my MBA studies in Indian Institute of Management (IIM) Tiruchirappalli.

The Indian Youth Delegation is perhaps once in a lifetime opportunity accorded to select students studying in the flagship programmes of the Institutes of National Importance (INI) of India, which includes the prestigious IIMs, IITs, NITs, AIIMS, etc. and several social service organizations like NSS, NYKs, etc.

The Delegation is a rare opportunity to represent the Country abroad, as the official ambassador of India. The Delegate no longer remains a regular tourist traveling to places. In this arena of soft diplomacy, the Delegate should appreciate the ties that bind the host country with the home country (India at this point of time), learn the Best practices and culture of the Host, and avenues within his domain to enhance the ties between the Host and India, so as to benefit both.

To know more about the Business aspects of the Youth Delegation, the duties and the objectives, click here.

This post shall focus more on the travel part of the Delegation. Though I was unable to plan my journey and the modes / accommodations in this trip, yet, I shall try to share the splendid experiences I had in Sri Lanka, admiring its rich heritage and the beautiful facade of sights and scenes, created by nature.

During the course of our Youth Delegation trip, we traveled extensively to a lot of places in Sri Lanka. Each place offered a significant amount of people to people interaction in areas away from the capital city Colombo. The areas we covered were quite diverse – some showcasing a glimpse of the rich cultural heritage of Sri Lanka, while some showcased exemplary efforts of local people towards achieving a self-sustainable community. As a part of the Delegation, sometimes we met the esteemed officials who were a part of the Government of Sri Lanka, outlining the avenues for increased cultural exchanges and economic cooperation between both the two great nations. And sometimes, we just enjoyed at the beachfront and bought souvenirs like normal tourists.

The main locations we covered were:

However, there were a lot many places which were covered with the aforesaid places serving as hubs.

The Delegation lasted from December 16, 2017 to December 24, 2017. About 30 delegates from various reputed Institutes of National Importance and Social Service Organizations, budding scientists, youth service personnel and more assembled in New Delhi for briefing by the Ministry of Youth Affairs and Sports (Government of India) and left for Sri Lanka soon after.

As previously mentioned, the details of the places we covered will be explained in subsequent articles of this series, which will be rolled out one after the other, starting from this week itself. 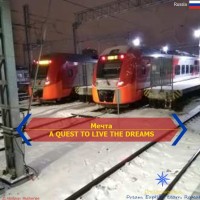