A new week has dawned upon us. And I hope that this post helps you turbocharge your week and rev up your spirits..!!

This post is about a “discovery” in the land of rivers, sea and canals – The Netherlands. However, this doesn’t deal with any “canal” or “Amsterdam” for sure.

Rotterdam, a famous port city located in the South Holland province of The Netherlands. It’s a spic and span modern Mega-city which has preserved it’s beautiful archaic buildings and the rich cultural heritage of the Netherlands. People might consider Rotterdam as an alternative to the heavily touristy city of Amsterdam.

Ah..!! What a pleasant surprise to find a classic British beauty standing elegantly in the baroque Dutch urbanscape.

Being someone who is passionate about automobiles and has had a good deal of experience working with among some of the Top-shots of the Automotive Industry from Research & Development to Business Development, this find was bound to turbocharge my day and power me up for my subsequent trip that day to UNESCO World Heritage Site in Kinderdijk.

This beauty is the Jaguar Mark 2 car.

This vintage car was highly popular in the decade of 1959 CE to 1969 CE when it was discontinued. A

I consider this car to be a bit ahead of it’s times. I shall elucidate the reasons in a language as close to English as possible.

Hope you liked this vintage beauty which combines elegance, agility and power – all in one.

I believe cars like these are pieces of art, crafted by the imagination of brilliant designers, powered by the meticulous engineers who make such imaginations very much real.

Many famous pieces of art, sculpture or architecture do combine the best of imagination and science.

It’s a delight to marvel not only at the elegance of these beauties, but also at the technological advancements hidden beneath their spectacular exteriors which make them insanely alluring at any time, every time. 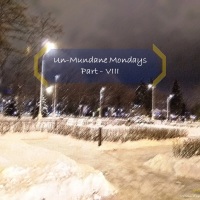 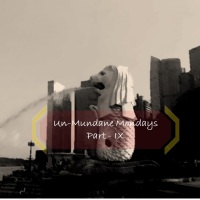